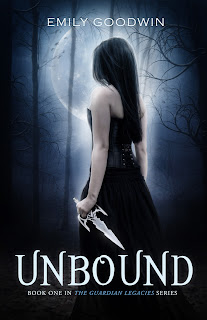 The world of ghosts and spirits is nothing new to eighteen year old Anora Benson; she’s spent her whole life trying to ignore them, trying to be normal. But when the Pricolici, a group of ancient bounty hunters, are sent after her, Anora realizes she is more than just a medium.

As a witch she has power, power she doesn’t know how to use, power that makes her vulnerable to the demons that desire her gifts. Anora is alone and scared, forced to face the darkness on her own. Then she meets Ethan, a mysterious boy who shows up in her life right along with the magic, and he seems to know quite a bit about her and her legacy Coven. Will she risk everything by trusting him or risk fighting alone? 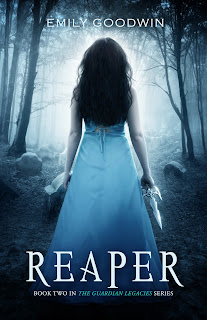 Suddenly forced into a deadly game of cat-and-mouse with a demon, Anora will do anything to stop it and save the people she cares about, even if that means having to choose between keeping them close or keeping them safe. She must quickly find her strengths, embrace both the dark and the light sides of her powers, and decide if she can trust the help from the most unlikely of allies.

I have outlines for six books in this series so far, and I plan on writing ten to twelve total. So far, the order is:

**UPDATE** If you haven't heard the exciting news, The Contagium Series has been picked up by a publisher! I signed the contracts around the beginning of April. I've still been getting a lot of questions about the series, particularly about when the 3rd book is coming out. I am blown away and so incredibly grateful for the following that this series has. Every time I am asked about the 3 book's release date, it lets me know that you guys love this series and cannot wait for the next book :) However, now that the books are in the hands of a publisher, I do not have control over the release dates as I did before. Once I find out the tentative re-release dates of Contagious and Deathly Contagious as well as the official release of Contagious Chaos, I will share that information with everyone. The process will require more time than it would have taken if the books stayed self published, but the end result will be so much better I definitely feel that it is worth the wait! Book One : Contagious
"I wasn’t afraid of death. If I died, it would be over. My worst fear wasn’t of dying, it was of living. Living, while everyone around me had their flesh savagely torn from their bodies to be shoved into the festering and ever-hungry mouths of zombies. It terrified me, right down to my very core, to be alive while the rest of the world was dead."

In the midst of the Second Great Depression, twenty-five year old Orissa Penwell doesn't think things can get any worse. She couldn't be more wrong. A virus breaks out across the country, leaving the infected crazed, aggressive and very hungry.
Orissa will do anything-no matter if it's right or wrong- to save the ones she loves. But when she discovers that most of the world is infected or dead, she must decided if those lives are worth saving at all.
Book Two: Deathly Contagious
After the discovery of a zombie-proof safe house, things are finally looking up for Orissa Penwell. But her chance at happiness is shattered when someone she cares about is shot. Hell bent on revenge, Orissa will do whatever it takes to seek vengeance and get even.Things quickly go from bad to worse and she finds herself lost and alone...and forced to face the zombie plagued world on her own. When lies, secrets, and desperation are added to the already harrowing world, Orissa discovers that zombies aren’t the only thing to worry about.What—or who—will justice cost her? And just how far will Orissa go to avenge someone she loves?Book Three: Contagious Chaos**Coming soon** 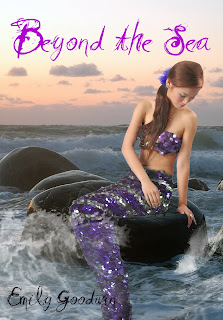 After the brutal and mysterious murder of her sister, Melia is forced to leave her life as and merrow and live on land, pretending to be human. Feeling very much like a fish out of water, Melia struggles to fit in and to accept that the Pacific Ocean she loves so much may never again be her home.

Melia is unable to hide her fins from outsider Jamie Forester, who possess the gift to see into the Otherworld. Jamie—and everyone she knows—views her ability as a curse, isolating her from the rest of society. Melia sees the curse as a gift…and a way to find out what really happened to her sister.


Eighteen year old Peter Anderson thinks college is the most extraordinary thing that will ever happen to him, until he meets Melia. He is immediately bewitched by her beauty and spirit, sensing but not seeing that there is more to her than meets the eye.


Caught up in Peter’s affection and human affairs, Melia is too distracted to notice the darklings surfacing from the depths of the ocean. It isn’t until a body is found that Melia realizes parts of her old life have come back—with a vengeance.


If Melia stays with the humans she has grown to love, danger will certainly find them. But going back to the sea with a killer still on the loose isn’t a choice she’s ready to make. Peter and Jamie are quick to defend Melia, willing to risk life and limb to keep their friend safe. But nothing can prepare them for the truth they learn about merrows and all of the darkness that lies beyond the sea.

STAY There are plenty more books on their way! Check out the 'projects' tab to see what I'm working on or will be working on soon!