*This page is currently a WIP*
Character descriptions may contain
spoilers

Anora Benson has spent her whole life hiding her ability to communicate with spirits. Feeling like an outcast, Anora spends a lot of her time with her animals, reading, and trying to go by as unnoticed as possible. But her life takes a dramatic turn when her eccentric great aunt dies, lifting the power binding spell that was put on Anora, revealing-and endangering-her to the world of magic as a witch in the Coven of Sacred Guardians.

Ethan Bailey was born and raised in a family of demon hunters that belong to the ancient Order of the Mystic Realm. Ethan and Anora are equally suspicious of each other when the first meet, but things quickly heat up between the two. Ethan will do anything to protect Anora from the new life she has been suddenly thrust into, even if it means defying old contracts and breaking more than just a few rules. 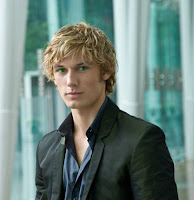 Harrison Benson is Anora's twin brother and is everything she's not. Popular, athletic, outgoing, and self confident, Harrison is too busy enjoying his carefree life to take his sister's warnings of ghosts and demons seriously. Even though he's merely minutes older than his sister, Harrison takes his role as big brother seriously and steps away from his party-boy lifestyle to help Anora when demons literally show up on his doorstep.

Laney Rodriquez has been Anora's best friend for years. Although she believes in and accepts Anora's abilities, the unknown terrifies her and she tries to keep her distance from the dark world of ghosts and spirits. Like Anora, Laney enjoys riding horses, and the girls have bonded over years of going to horse shows together. Despite her fear, Laney is never shy to offer up any help she can give when it comes to facing the latest demonic entity who is trying to kill her best friend.

Rene is drawn to Anora from the moment she meets her, able to sense the natural powers the witch is holding back. Outgoing, loud, goofy, and very open minded, Rene is eager to learn everything she can about Anora and magic, even if it means putting her own life in danger.

Hazel is the first witch from the Coven of Sacred Guardians that Anora meets. Sick of life in Alaska, Hazel and her Guardian, Taz, journey to Indiana to help get Anora antiquated with her new life as a witch and to teach her everything their is to know about their heritage coven. But having two witches in one place attracts a certain level of danger...and demons.

Disguised as an over-sized German Shepherd, Hunter is Anora's Guardian. They share an unbreakable bond and are able to see into each other's minds. Strong, fierce, brave, and extremely loyal, Hunter is a natural demon killer. Without Hunter, Anora and her friends would not be alive. 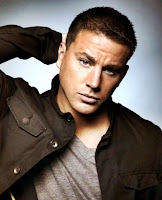 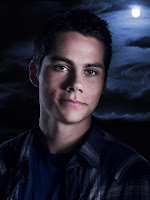